[from October 2010]  This past weekend Suncoast Herpetological Society participated in the 2nd annual Everglades trip! The fearless herping group consisted of myself, Bill, Doreen, Michele, and my friend Melody. We left on Saturday morning and we made it to Big Cypress Preserve at 3pm. We walked around a little at the visitor’s center. While we were there Bill spotted two manatees swimming peacefully along. We also saw a couple of gators hanging out by some fishermen. Our next stop was the Fairway Inn – we checked in quickly and made it to the park several minutes later. Of course we started hunting right away! 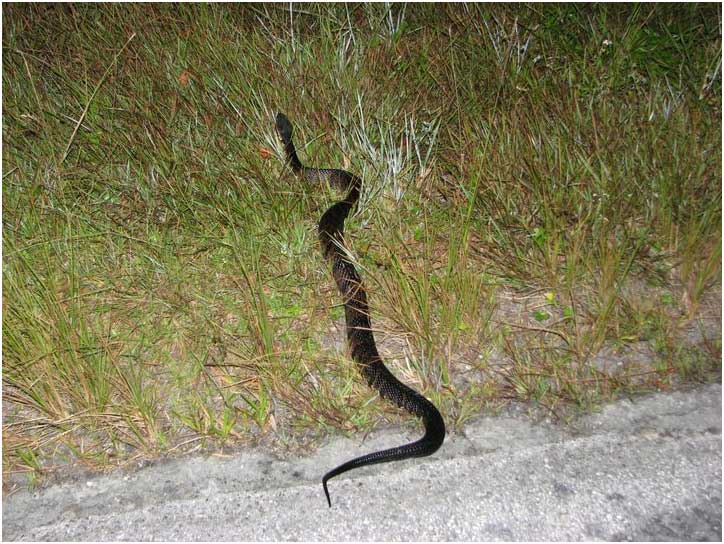 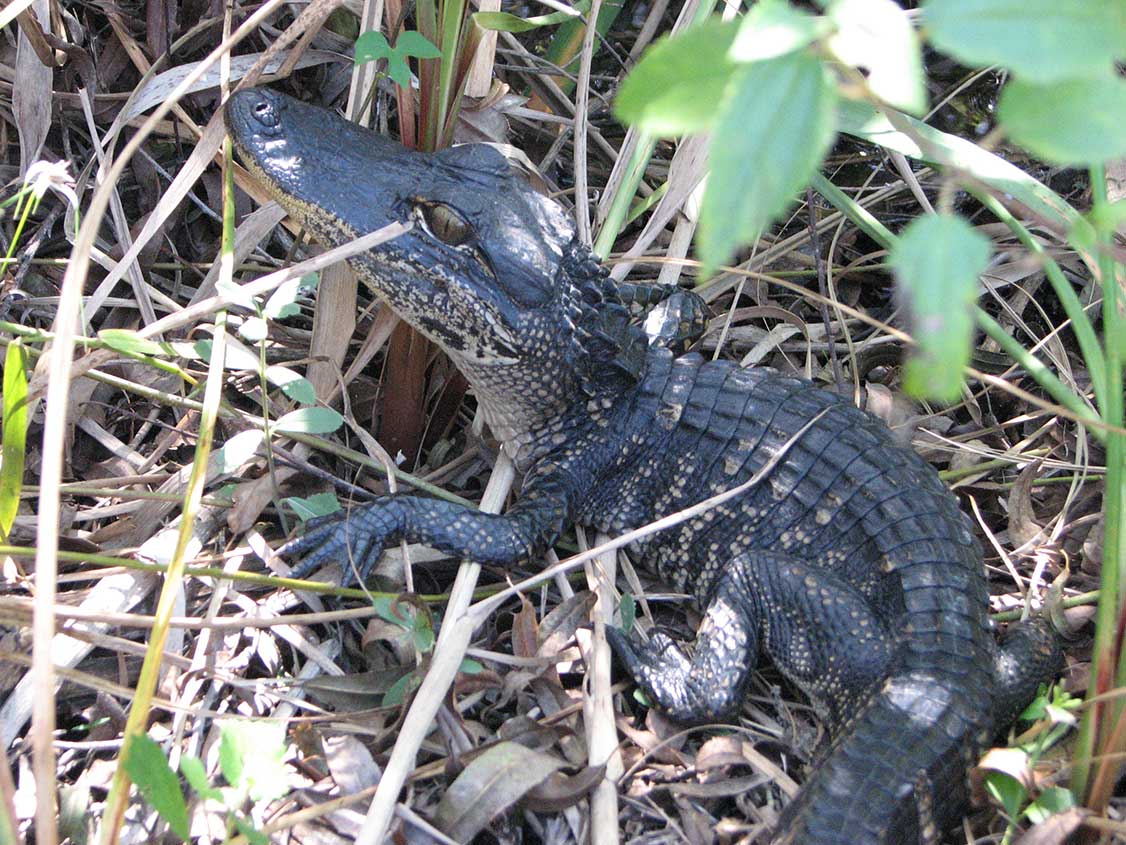 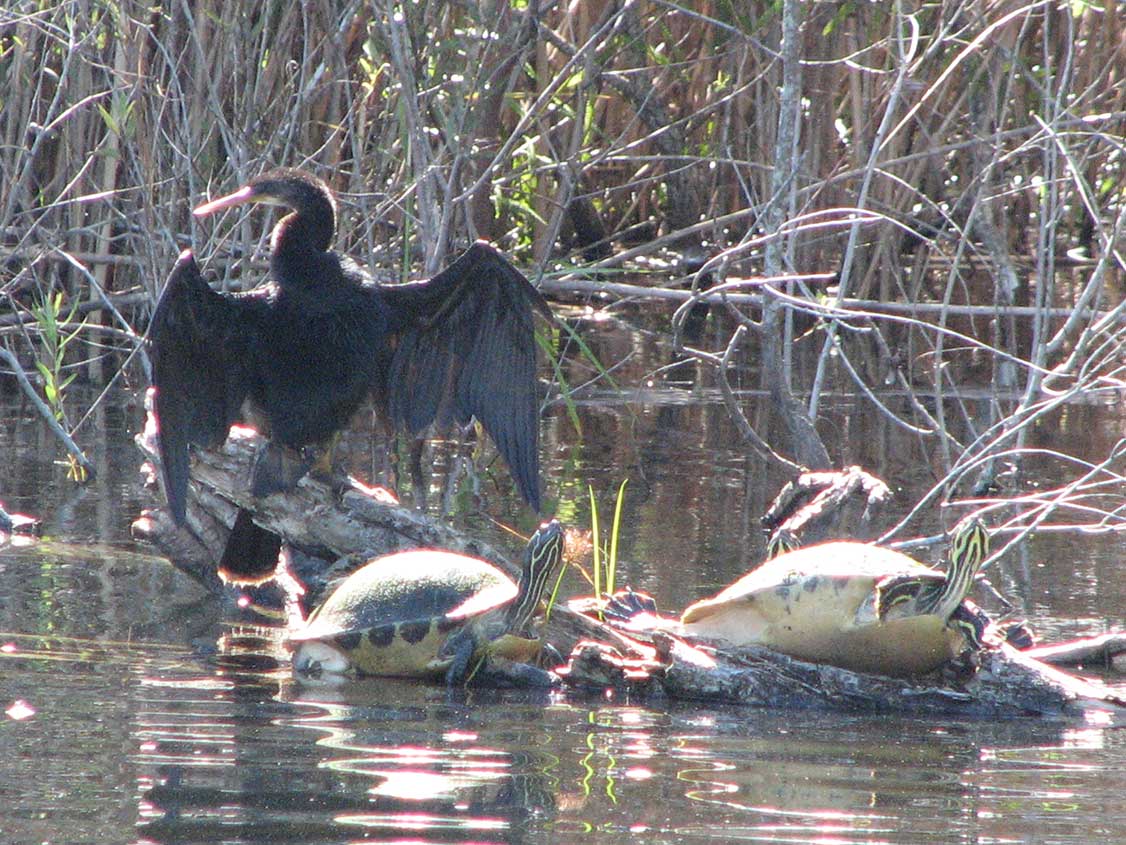 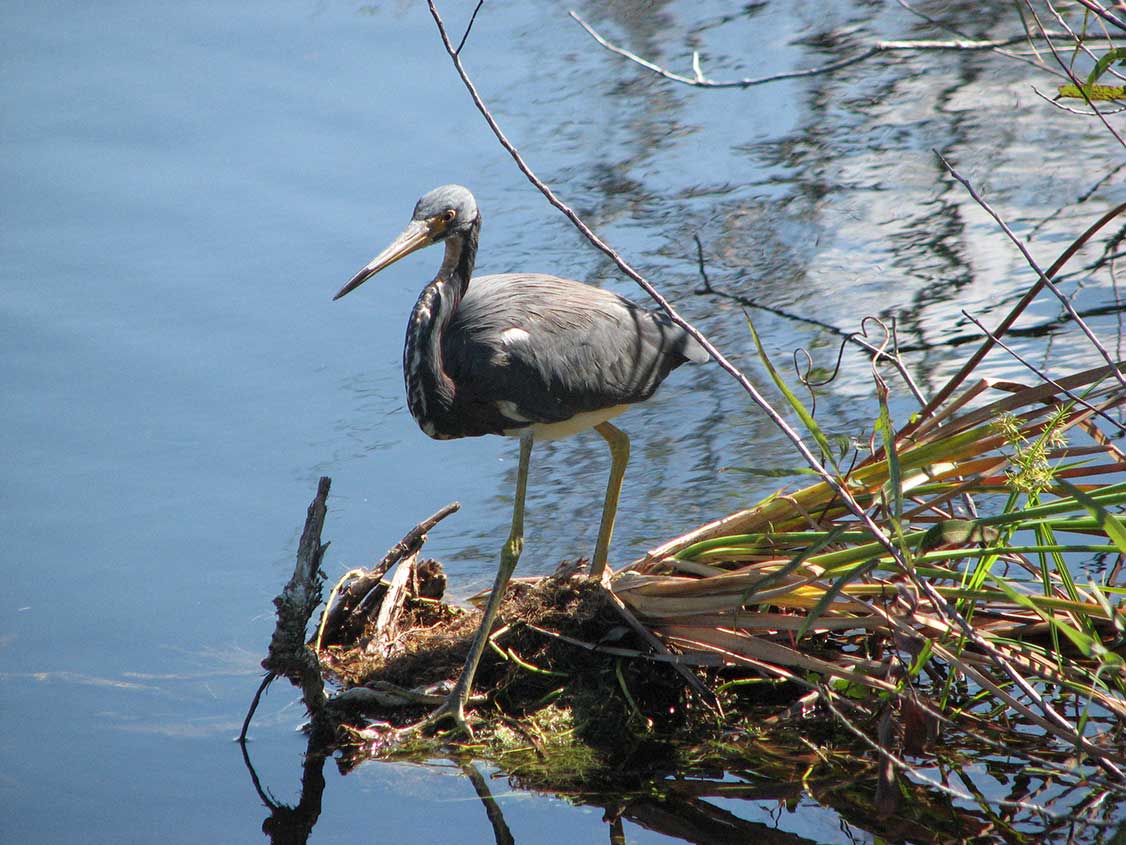 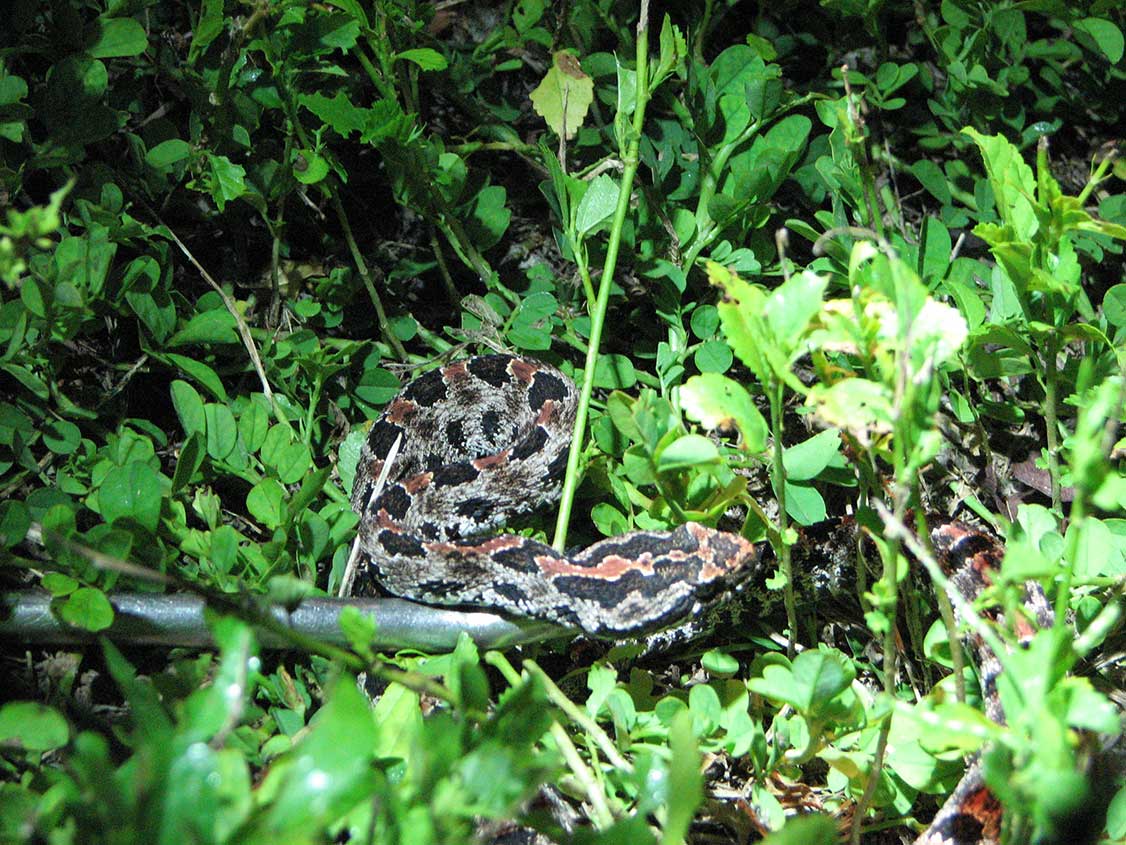 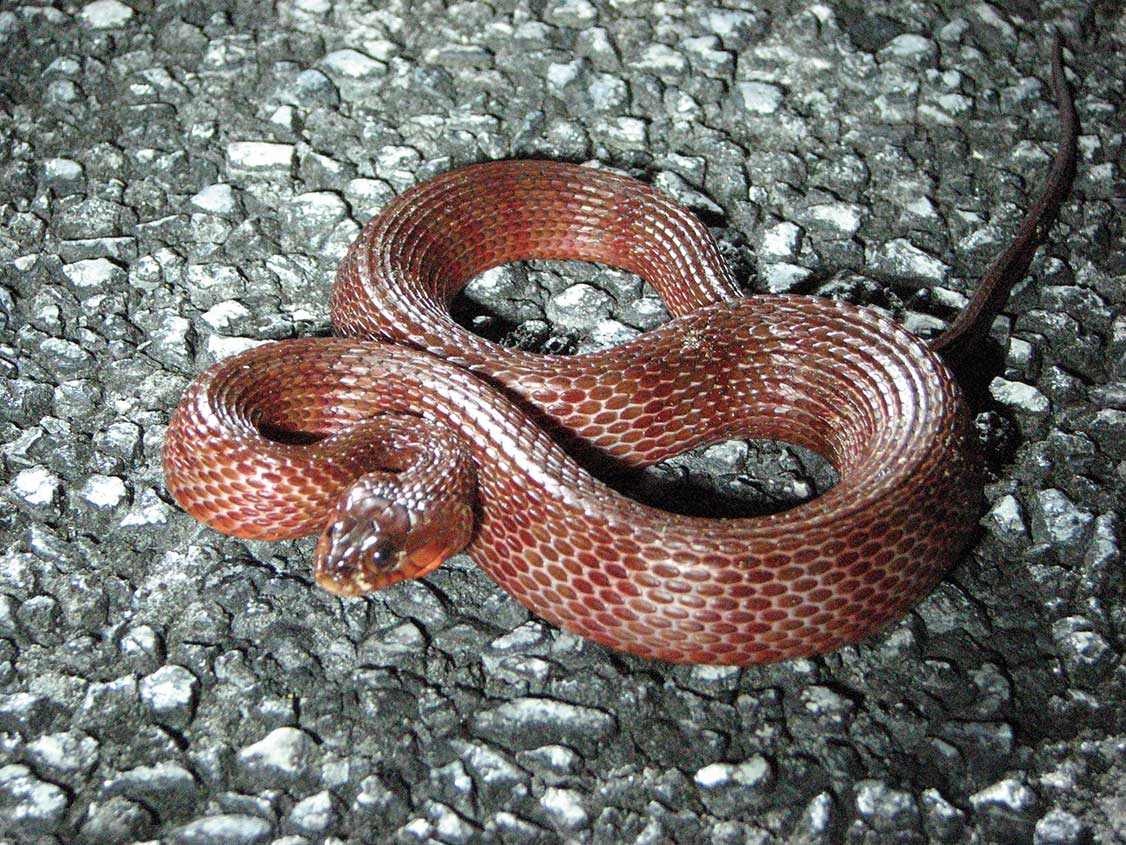 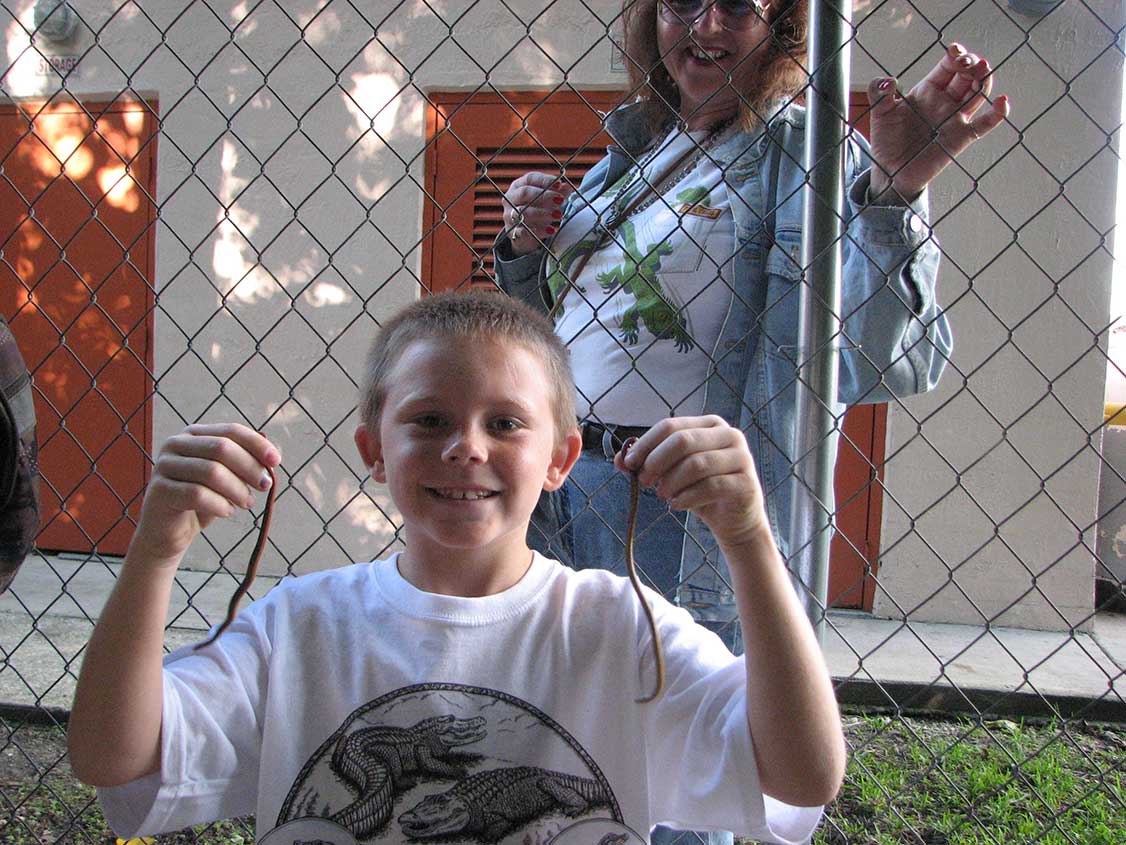 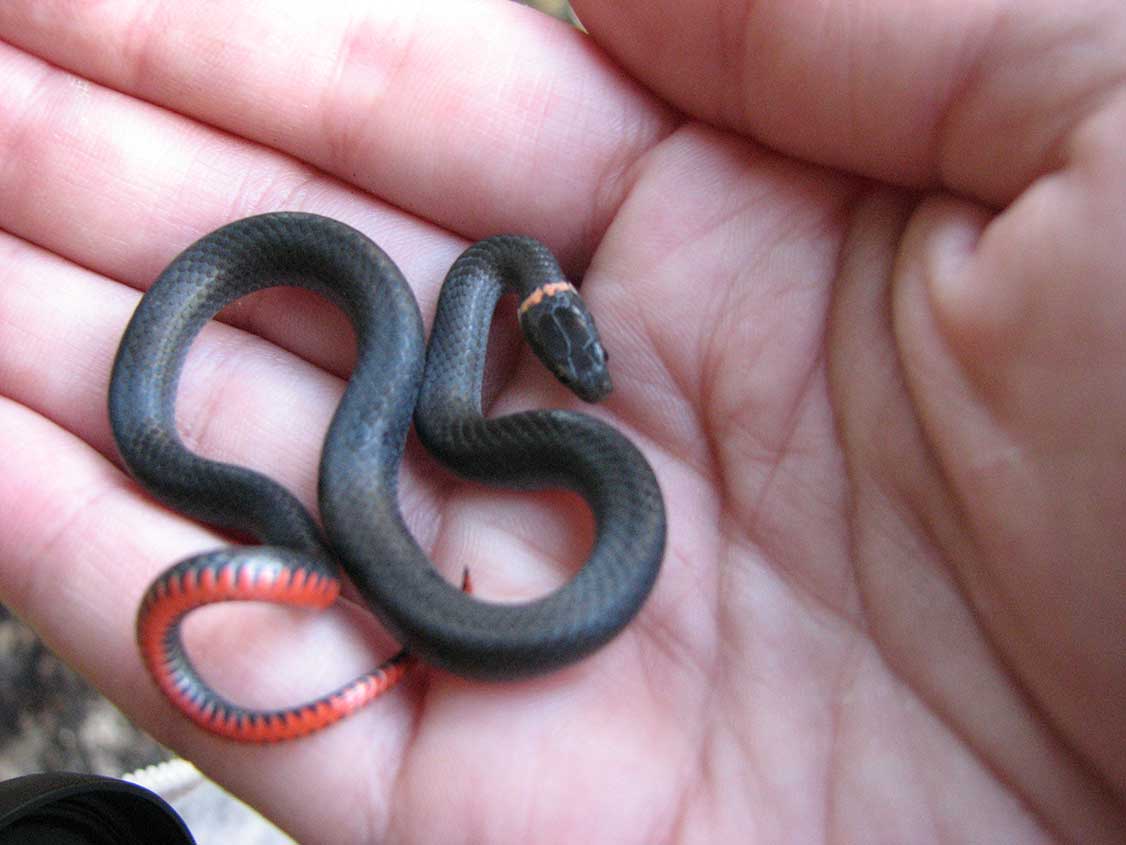 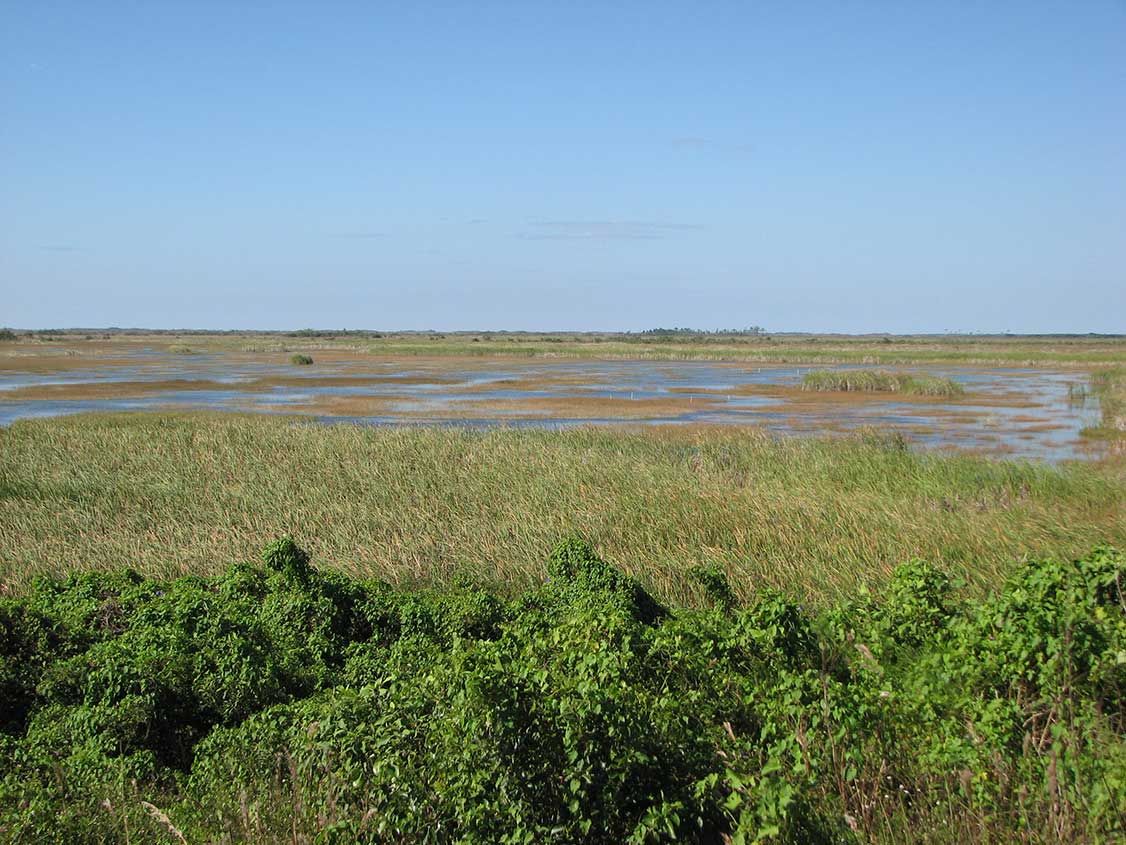 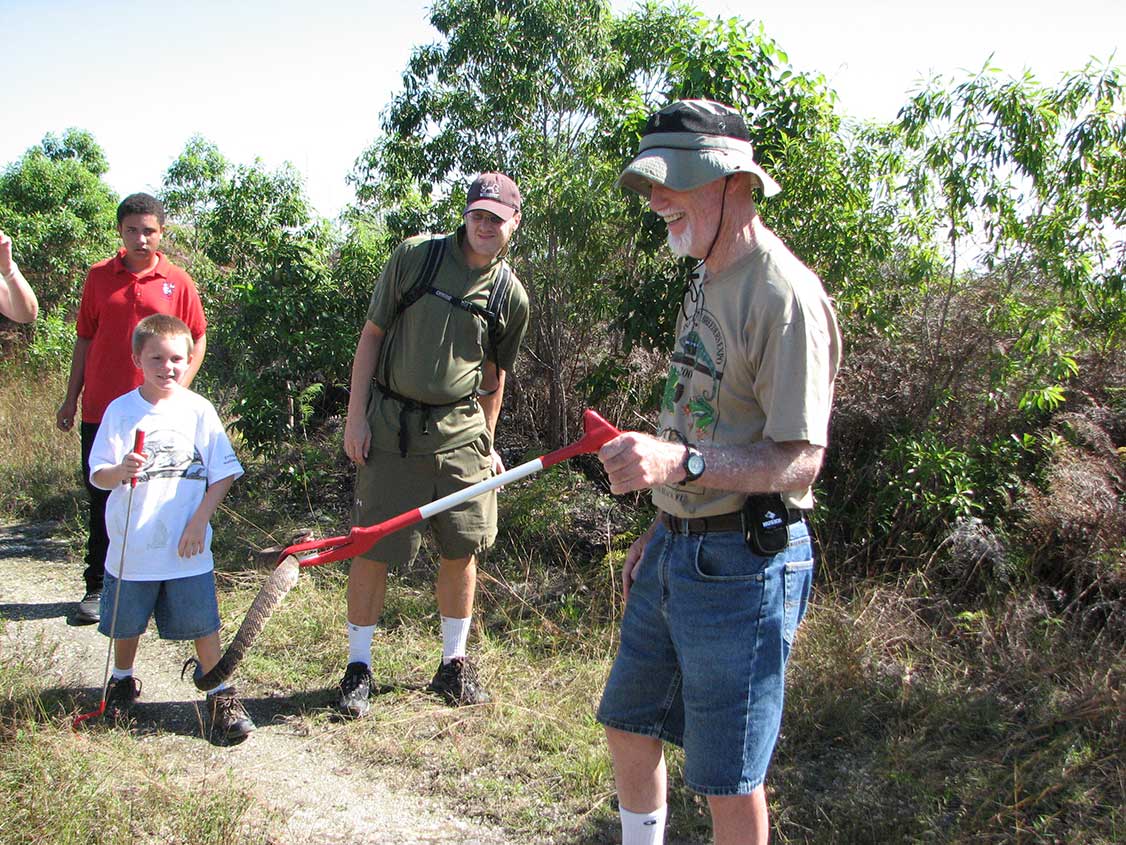 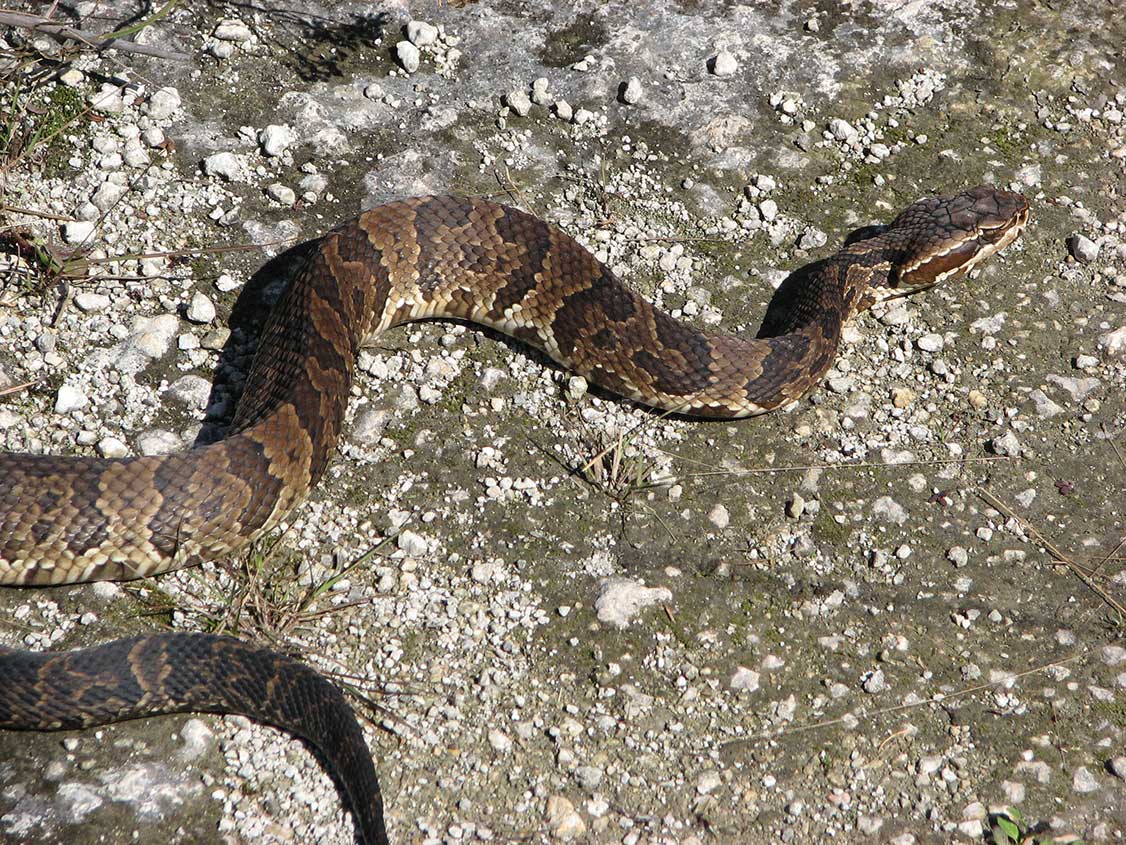 As soon as we entered the park we saw our first snake – a DOR at the entrance to Anhinga Trail. Bill said it was a Diamondback… it was difficult to tell because the vultures were already swarming around. We walked the Anhinga Trail and Gumbo Limbo where we saw plenty of alligators and one very cute toad. It was a beautiful night – the temperature was 77 degrees. We were all feeling very good and I for one could not wait to start road cruising! I was a little nervous because it was my first time cruising with my friend Melody and I wanted to make sure she got to see lots of snakes! When it started to get darker we noticed the moon was very small, only a tiny sliver! This is important because if it had been a full moon we would have been less likely to encounter snakes – they don’t hunt as often by such bright light. So, the temperature was great and the moon was the right size. We were off to a fantastic start! We saw a DOR garter at 7:45pm. A few minutes later we found our 3rd snake of the night – a cottonmouth. He was a good size and we all got some nice photos of him in the middle of the road. After we moved him safely to the side of the road we spotted another DOR (unidentified). After that we saw a DOR cottonmouth, a water snake, a scarlet snake and a ribbon snake. The scarlet snake was beautiful and it was a new species for Bill and I – one of the most exciting things about snake hunting, to me, is adding a new species to my “lifetime list”. A few minutes after that we spotted a DOR ribbon snake. By this time we were near Flamingo Marina. We stopped and walked around for a little while. While we were there we spotted a large crocodile. Every time I go to the Everglades I get excited about the crocodiles. There is just something fascinating about finding one right here in Florida! We also spent some time looking for eye-shine. We were rewarded for our efforts when a decent sized gator approached us from the right… he was swimming slowly toward our lights. When we left the marina we spotted a DOR scarlet snake. This snake was a little larger than the first scarlet and just as strikingly beautiful. At 9:15pm we found a banded water snake. Doreen successfully moved him off the road.

After that we stopped and walked around. The sky was so bright – I can’t believe how many stars are visible without light pollution! We found several tiny little green frogs – quite possibly squirrel tree frogs. We found our 13th snake of the night a few minutes later: a DOR garter. After that we spotted a young cottonmouth. He was cute with his bright yellow tail! He started shaking his tail at us trying to entice us! We found several DOR snakes after that including a couple of ribbon snakes, another cottonmouth, and what might have been a crayfish snake. We got lucky a few minutes later and found a nice cottonmouth. While we were stopped to check out the cottonmouth we spotted a very cute garter snake. Melody picked him up and moved him off the road so that he would be safe from any passing vehicles. Again we saw several DOR snakes, followed by a very small scarlet snake. At just about 2 minutes to midnight we found snake number 23 – a good sized cottonmouth. This snake had a jet black tail but still had a little pattern throughout the rest of his body. Melody tried to move him out of the road but he jumped back at her – he was feisty! Shortly after that we ran into a very sassy little water snake. This snake was very “strikey”. He struck at our hooks several times, but, he stayed and posed for as many photos as we wanted. We decided to leave after that because it had really slowed down – we saw only a couple more DOR snakes that night. We left the park and stopped to grab some fast food. The next morning we got up and had breakfast and headed back into the park. We filled the day with lots of hiking. We saw several gators (including some adorable babies!) and a really neat “tough” looking toad. We found one more DOR – however, there wasn’t much left of the snake so we couldn’t identify him. The last snake of the trip was found by Bill – it was a black racer sitting in a perfect little position near some water on the side of the road.

We ended up with 27 snakes again this year – not bad for less than 24 hours of hunting! The funny thing is, we found 27 snakes when we went with the club last year! Also, Bill and I went to the Everglades in 2008 and… you guessed it: 27 snakes.

It was a great trip and I really want to thank Bill, Doreen, Michele, and Melody for making it so much fun. I am already looking forward to next year… the year we will finally find 28 snakes in the Everglades.